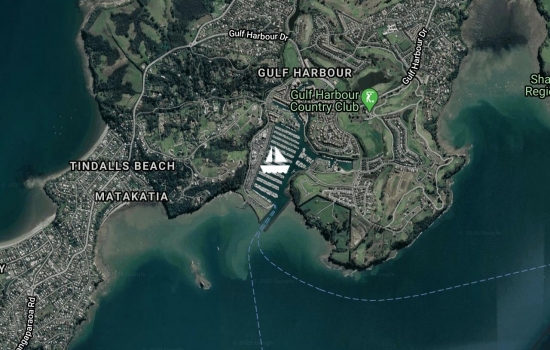 Back in our berth, Gulf Harbour Marina, stunning trip back. 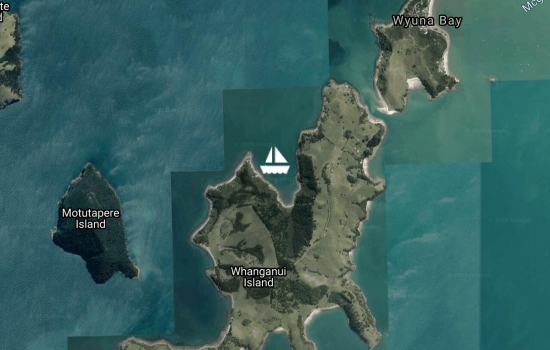 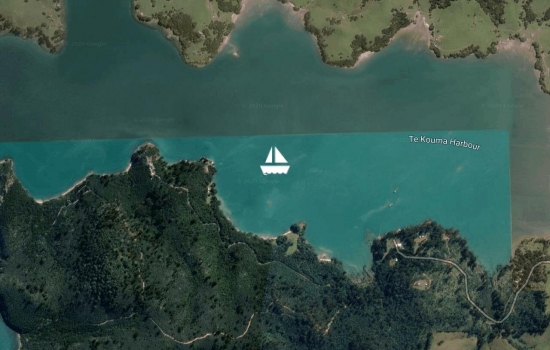 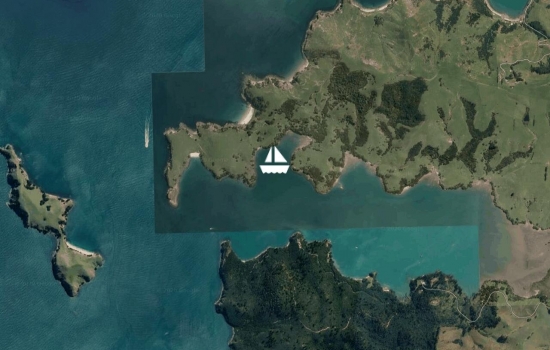 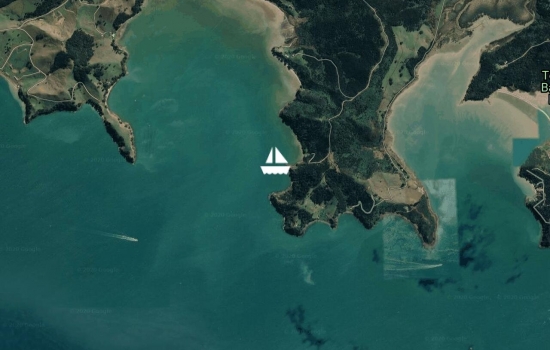 Awaawaroa Bay, Waiheke Island. Another stunning sunset, or be it an hour early. Locked down at our usual address. 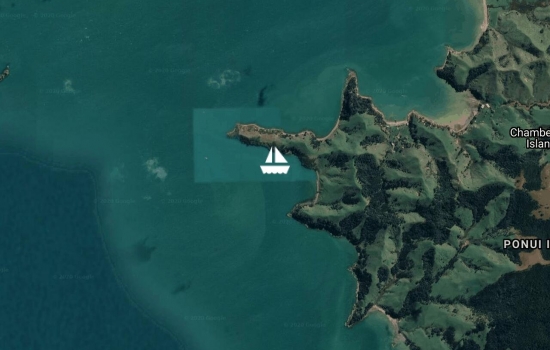 Clean bum, much faster in lockdown. No mountain biking, or van.

It was warm enough to venture

It was warm enough to venture into the pool today, or I thought it was until I was in - brrr a tad chilly! 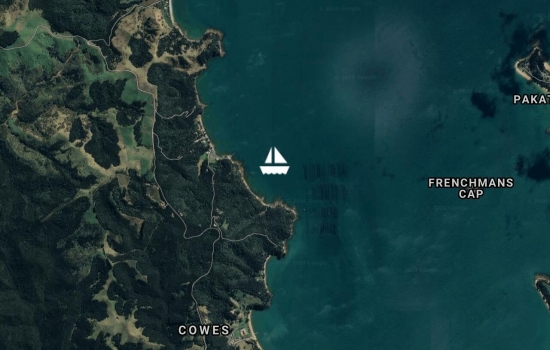 So pleased you have turned

Hi Faye & Albert (snoring), we think of you both often (& Bentley). We feel very fortunate out here, and safe. Weather has treated us incredibly well, so far, Easter could be a little different. We're keeping the laundry to the minimum. Cheers & Love Distracted, very. 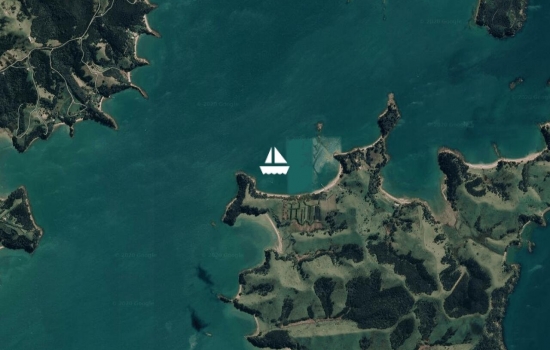 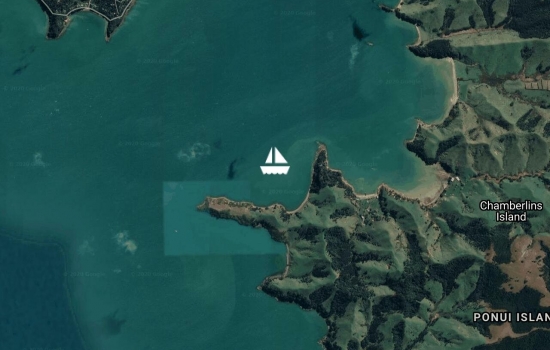 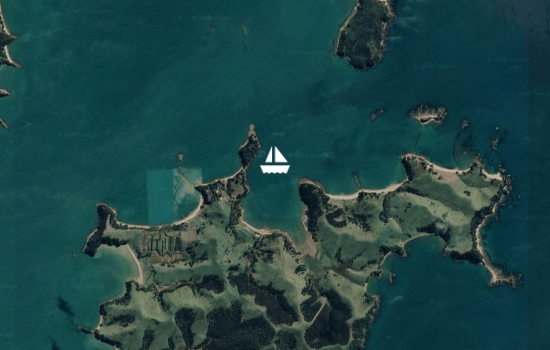 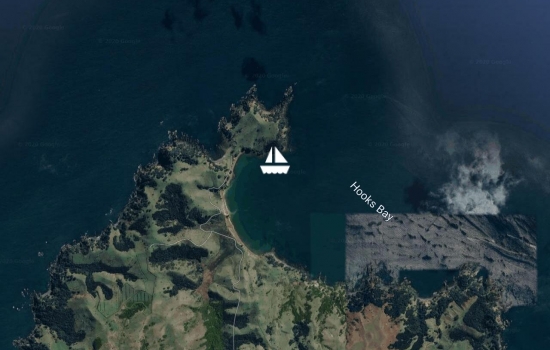 Hi Gavin & Belinda , what a

Hi Gavin & Belinda , what a world we have now ,!F2 based inHobart now , we are back looking after grandchildren while parents work from home , look after yourselves, R Doug & Sandra
Submitted by Distracted on Sat, 04/04/2020 - 08:45

Hi Doug & Sandra, what a

Hi Doug & Sandra, what a world! Hope you're both safe and well in Hobart. All good here, not so sure on land. Cheers, Distracted, very.

we left koro island on 17 june and had a beautiful sail to ngau island. after a quick tiki tour around the reported anchorages, stopped in herald bay - a stunning day and bay. the sunset awesome. did sevu sevu at the village of sawaieke the next morning when the tide was high having now discovered that most of the villages are easiest to access at high tide. the chief was in the bath so we left our kava with his grandson! we left gnau at 5pm that day as the wind had veered to the ne and we wished Read more...

left beqa island on 2 june 2013 and sailed overnight to savu savu arriving there early monday morning. a very easy downwind sail (sw 20kts) until the wind gradually died out and then motor sailed the last miles.
savu savu is very attractive and while the township small, were able to replenish diesel ($1 per litre cheaper than suva) and stores easily (including great meat from fiji meat supplies). the coprashed runs the moorings and is well organised with helpful pleasant staff. spent 4 Read more...

days there which we really enjoyed, in which time caught up with "domino 2" (tracey and jevon) again, whom we first met up with in suva, and jock and leanne off the catamaran "just in time", all from the hibiscus coast, nz. many laughs and exchange of stories was had over a beer or two at the yacht club bar!! and for the record, the best chinese meal we had tasted at a small restaurant opposite the waitua marina building.the wontons especially are truly amazing and some were known to go back again the next day for more of the same :).
left savu savu on friday 7 june and sailed in a 15kt se wind to koro island, yet again another lovely sail even if upwind. anchored in matana bay on the nw coast and went into the village of nabuna by dinghy the next morning to do our sevu sevu with the village chief (a couple of miles east). this is a beautiful deserted anchorage with only a few houses to be seen on the hills which form part of what is known as the koro seaview estate (freehold land divided into 450 lots all sold but little frequented). the amazing thing about the northern part of this island is that there are three cell towers within as many miles, so the internet access is great. we even managed to listen to the 2 all black tests on sports radio to gavin's delight! moved 1.5 miles south to dere bay (14.5 miles around the outside of the reeef)on monday 10 june and picked up a mooring put out down by one of the two small resorts in the bay. met neil and hwei- ying who own a property here and own a ketch called "koro", although now for sale. have been here ever since as it is very sheltered and attactive being the south side of the estate. had planned to move on to gau island on wednesday but gavin has an infected foot which has taken some time to start to improve, despite the "old" nurseâs treatment with 2 antibiotics (2) and then medical advice from andrew in chch. it now looks as if we may have finally got on top of it. as gavin said, we are in paradise so what is the hurry!! the weather has been a bit of a mixed bag Â - se winds 25kts with rough seas for most of fiji waters the last few days so a good place to be stopped. the bigger of the 2 small resorts here only has 2 visitors, so we have been truly spoiled by the local villagers, especially jone, and donna, with beautiful fresh fruit and veggies â yum. even been eating breadfruit!! also, had a great time meeting up here again with domino 2, who just happened to come into dere bay the same day as us, then overdraft (neil and gillian) living in auckland and with whom we exchanged goodies (gave us some beautiful fresh mahi mahi), visions of johanna (bill and johanna)from maine,usa, whom we first met in tahiti in 2010 then later in wellington and today, just in time arrives too!! should be a fun night ahead! our loose plans are to head south to gau island as soon as the winds swing more to the east / north, then down to the southern lau group, namely, matuku, across to totoya, komo island, lacemba and then make our way back to savu savu slowly. so will be in fiji for a while yet it seems. we are definetly now on fiji time - what a life!
Leave a comment

arrived at beqa island and its surrounding lagoon by way of sulphur passage on the ne side of the island on saturday 25 may after a very pleasant sail from suva with a 20kts ne wind.
anchored in malumu bay, at the head of which is a small attractive resort and further into the bay the local village, lalati. made a customary visit to the chief and were taken around the village by max, who himself had spent time in auckland playing rugby (educated at the south pacific university in suva). Read more...

the evening was beautiful until after dark when the wind filled in from the ne and by morning it was time to move, as the prevailing wind blew straight down the bay and with it an uncomfortable chop. had to forgo our invitation to have lunch with the villagers which was a pity.
motored down to vaga bay which is on the sw side of the island, through some incomplete surveyed waters but all good. anchored on the nw shore in 20 metres of water and spent a relaxing afternoon in nice weather. made a visit to the chief of the northern village (rukua) and by chance met another fijian, sai, who had lived in wellington (porirua). met his lovely family including 2 very polite boys who attend the local schools, one of which is a high school where children from villagers further away board by week. had intended spending some time exploring the bay but by the next day the wind had swung around to the nw and we decided it would be more sheltered to return to malumu bay! have been anchored in malumu ever since as a low pressure system moves across fiji with strong s/ se winds of 25-30kts gusting 35-40kts. a high pressure south of fiji is reportedly also responsible for heavy swells in fijian waters. this bay is reasonably sheltered with flat sea but the gusts still required us to take down our bimini etc. no different to cruising in the sounds except the wind and water is very warm!! so plenty of reading and catching rain water for drinking/tanks. the wind seems to be abating today (thursday) as is swinging more around to the east so we will move back to vaga bay probably tomorrow. the joy of cruising with no time limits is there is no hurry and always another day.
however, am looking forward to seeing some sunshine! moce! from distracted
Leave a comment

we have finally arrived in fiji(12 days), although not in sava savu but suva.
arrived yesterday morning after an interesting trip of either no wind or too much wind - at which time we had to divert to the west for 2 days to miss the worst of a tropical low that formed south of fiji and headed directly our way!! the seas were big and made for a fast ride, although at times i was glad i was not on watch for more than 2 hours outside in the cockpit in those conditions. we had our storm sails Read more...

up and had to drop the trisail as that also became too much sail. however, fortunately all improved steadily as it does out in the ocean once the low had moved away. then no wind which meant we had to have our engine on and motor sail for about 72 hours to make any progress.
hence our entry into suva as little wind and little diesel left.
are still awaiting on clearance from customs which we are told is to be this afternoon - so then we can go ashore!! in the meantime, furiously eating up left over food which we cannot keep now we are in fiji, before the health officials confiscate it.
it was great to have a day yesterday to catch up on sleep, clean the boat up and have a wine or two - the first of the trip, so all of our livers are in good shape:) hope work is not too frantic and the wellington weather kind.
the sea temperature up here is 30 degrees and the air temperature about the same, so our bones and bodies are taking a bit of time to acclimatize, although cold liquids are the order of the day.
will keep in touch. plan to re-provision in suva with the essentials such as water, diesel etc then will make our way slowly up to savu savu.
cheers from the crew of the good ship "distracted".
regards belinda
Leave a comment
Loading map and updates ....
Loading track, please wait ....